The elections occurred on Tuesday, November 5th for Virginia and Kentucky. Here are the most important take aways from both states:

Andy Beshear, Attorney General of Kentucky and a member of the Democratic party won the race. While Republican Governor Matt Bevin originally refused to concede defeat, as of Thursday, November 15th, he accepted the loss.

Beshear is to be sworn in on December 10th. As Kentucky’s incoming governor, he is focused on raising investments in public education and increasing access to health care. After Bevin’s concession, according to Politico, he noted, “I appreciate the fact that his administration was already moving forward in a smooth transition”. Senior Eric Perretta commented on the recent events regarding Kentucky’s shift, stating, “What matters most in Kentucky though is there election of Senate majority
leader Mitch McConnell.”

Virginia’s election was very surprising, as the Democrats won majorities in both legislative chambers, thus completing the traditionally red state’s shift to blue. This provides the opportunity for state lawmakers to enact measures that Republicans have long blocked, such as laws surrounding gun reform and raising the minimum wage (CNN).

This outcome comes as a shock to many, including Ramapo teacher Ms. Gregory. She stated, “I’m surprised by it, and I wonder what this means for the presidential election.” As of now, it is too early to tell. Some believe that the major shifts could spell trouble for Donald Trump and the other Republican candidates and that Kentucky and Virginia’s democratic gains serve to bolster the democratic candidates running for the 2020 presidency. However, others have a more positive outlook in favor of the Republican Party and Donald Trump. Unlike Kentucky and Virginia, the Republicans kept the upper hand in Mississippi with Lieutenant Governor Tate Reeves, a member of the Republican Party, defeating Attorney General Jim Hood. 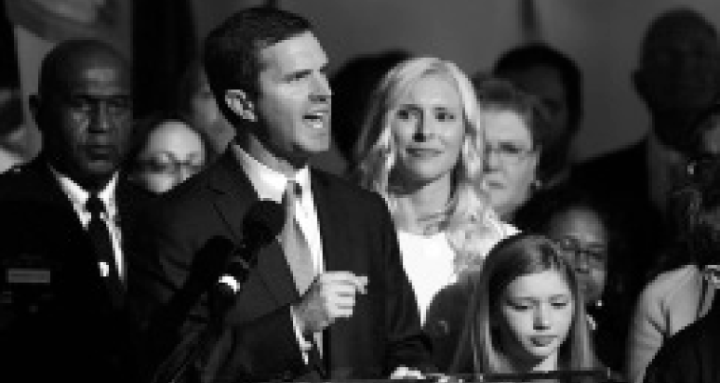